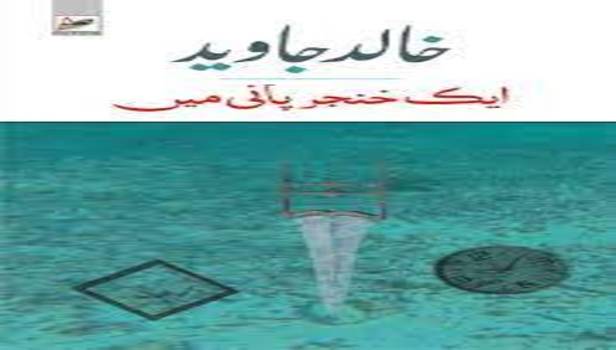 I know Khalid Jawed much through personal acquaintances than his writings. I have no inhibition to claim that I had not read his other works earlier because when I devoted myself to English writing, I did not find much time to read Urdu and Hindi books for a long time. It is a kind of personal loss for me. But anyhow, I kept myself abreast with the Urdu writings somehow whenever I found time. And with that kind of effort, I could read this new book.

Khalid Jawed has written many books, mostly fiction. And as a fiction writer myself, I always like to read such new books. But unfortunately, Urdu doesn't produce high-quality works so often.

As I have found through his latest work, which I am discussing here, he writes much more about philosophical traits of life rather than telling simple day-to-day life stories. And in that pursuit, he starts playing more as a philosopher than a natural storyteller. I don't say that writing philosophically is not good, but at the altar of philosophy, if stories get sacrificed their basic features and characteristics of storytelling, then I think it is a loss.

He consciously weaves his stories and characters around bizarre-looking personalities. Such attempts make his writing much more complex and hard to understand for the general readers.

I come from the general category of readers who like to read stories much more for enjoyment and seeking intellectual pleasures rather than delving deep into mysterious minds with unusual eccentricities.

Urdu critics have a common problem. They either praise a literary work so copiously that they don't hesitate to go to the level of hagiography or diminish any writer to a level so low that it affects their moral courage and wisdom.

I found the critic's behavior toward Khalid Jawed egregious in the sense that it looks close to hagiography. One topmost critic claimed about one of his works that even the entire West could not produce such work as Khalid Jawed has produced. Here, I disagree with his views. That book might be of high quality. But to make it great, there is no need to diminish other great works. World literature, especially fiction, is full of worthy books, which could attract major literary awards. And unfortunately, not any Urdu book could reach any major literary awards of the world through its direct entity or translation in English.

Anyway, I came here to discuss his latest novel, One Charge of Dagger in the Water, not for comparison with others.

As the title suggests, it is much about water and the crisis related to it. Innumerable environmentalists have warned about the scarcity of water. Some even said that if the third World War ever happens, it will be over the freshwater. Many cities and towns have started facing this grave problem. Perhaps, Khalid Jawed got inspired by it and thought to present this issue through a novel. And his attempt should be praised.

But in pursuit of doing so, he produced a few eccentric characters, most importantly, the hero and heroine of the novel, whose uncanny and abominable habits look repulsive and degrading in most places. I don't say that only good habits of characters should be written and made inviting, but what can we get through the repulsive characters if they can not inspire others.

The main protagonist is a small builder by profession and always looks eager for such opportunities, where he can grab or buy disputed, unused, and barren lands to construct a commercial building. He even doesn't hesitate in grabbing graveyards if it suits his rough business.

''For many weeks, he was on rounds of the graveyards. Sometimes, in disguise of a worshipper or sometimes to find the grave of his friends or relatives. He wants to create the same kind of hidden mystery as it is in graves.''

He marries late and receives a wife with whom his relationship never looks loving and caring. Both live under the roof of their flat in a housing complex as two strangers. They most dislike and abhor one another. And to show their repulsive behavior against each other, Khalid Jawed writes those things, which I also found distasteful to read.

An observation about women is also quite uneasy and displeasing for a person like me who thinks, though, all women are not pretty, but God made them one of the most beautiful things in the world. Only a gay or misogynist can find men more handsome than women. I don't know about the sexual orientation of the writer, but I could understand only through the lines in this novel.

The story and plot structure of the novel is not complex. It is simple and weaves around a flat dweller of a society apartment, in which residents face scarcity of drinking water. And they face not only hardship but the illness of a grave kind like cholera, which not only makes many lives hell but pushes many of them towards death. Then, the story moves towards the causes and effects as to how it becomes a challenging issue for the people and the whole administrative system.

Finally, I could not read it line by line and page by page as it usually happens with a good book. It might be, some others would find it worthy and pleasurable to read. I wish success to the writer.
......
Reviewer: Dr. Mohammad Aleem, A national award-winning novelist, playwright, scriptwriter & journalist. You can reach with your valuable comments to the writer of this article through his email: drmohammadaleem1@gmail.com