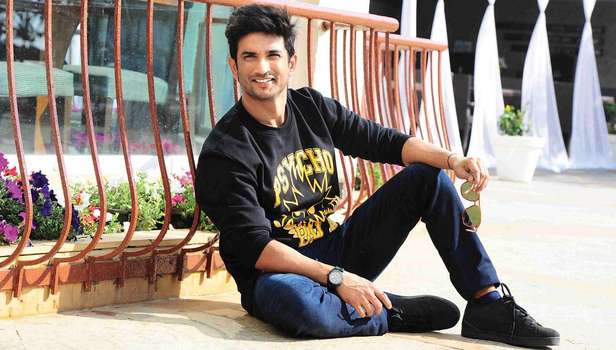 The reason for Sushant's suicide has not been revealed yet, but sources in Mumbai Police say that some medicines have been found from his flat, which suggests that he was undergoing treatment for depression for the past few months. So far no suicide note has been found from his room.

DCP Abhishek Trimukhe says that no suspicious items were found from Sushant Singh Rajput's house. We are waiting for the postmortem report.

Sushant's sister and friend have reached Cooper Hospital in Mumbai. Sushant Singh Rajput will be cremated on Monday. At this time, his father and family are waiting to come to Mumbai. Sushant's funeral will be attended by only close people due to the corona virus.

According to reports, when the door of Sushant's room was broken, he was found hanging from the noose in the room. The servant then called the police and informed them.

According to the police, Sushant Singh Rajput had made a noose in his room with a green cloth, hanging from which he committed suicide. His body has been brought to Cooper Hospital, where the autopsy will be done shortly.

As soon as the news of Sushant's death came, the whole Bollywood and his fans came in can. Crowd has gathered outside the society in which Sushant resided in Bandra. Many actors, politicians and fans are paying tribute to Sushant through social media.

His former manager, 28-year-old Disha Salian, committed suicide by jumping from a building in Malad on 8 June.

Bollywood celebs are also shocked to hear the news of Sushant's suicide. Akshay Kumar tweeted, 'I am very shocked and I have nothing to say. I had seen his last film Chhichhore and I told his producer Sajid how much fun I had watching this film. He was a very talented actor '.

Sushant Singh Rajput's ex manager Disha Salian committed suicide a few days ago. Sushant wrote about Disha in his Insta story, 'This is very sad news. My condolences to the family and friends of Disha. May your soul rest in peace '.

Last post written for mother
Sushant's last Instagram post was for his mother. He shared his photo with the mother, writing, "The past blurred with tears blurring, smiling and cherishing a fleeting life, the conversation between the two #mom".

Sushant's post was commented by many of his friends from the industry, including his alleged girlfriend Riya Chakraborty.

Sushant started his career with a show called 'Kis Desh Mein Hai Mera Dil', but he got popularity from Ekta Kapoor's show 'Pavitra Rishta'. After this Sushant entered films. He made his Bollywood debut with 'Kay Po Chhe' and his last film was 'Chhichhore'. He also acted in films like 'Shuddh Desi Romance', 'MS Dhoni: The Untold Story', 'Raabta', 'Kedarnath' and 'Sonchiriya'.

Sushant most discussed was the role of former Indian captain Mahendra Singh Dhoni in his biopic. It was the first film in Sushant's career, which collected a hundred crores.

Sushant Singh Rajput did his early education at St. Cairns High School, Patna and his further studies at Kulachi Hansraj Model School, Delhi. After this, he completed mechanical engineering from Delhi College of Engineering.