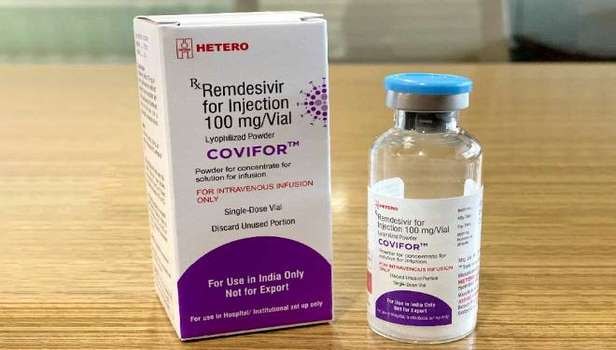 US pharmaceutical company Mylin NV has said that it will launch a generic version of another American drug maker Gilead Sciences' anti-viral drug Remdesivir in the Indian market at a price of Rs 4,800.

Mylin NV has set the price of Remdesivir for the Indian market, which is about 80 percent less than that of rich countries.

California-based Gilead Sciences has entered into an agreement with several generic drug manufacturers to provide Remdesivir in approximately 127 developing countries.

Only last month, two Indian pharmaceutical companies - Cipla and Hetero Labs - launched a generic version of Remdesivir in India. Cipla priced his drug Sipremi at a little less than five thousand, while Hetero Labs fixed his drug Covifor at Rs 5,400.

Last week, Gilead Sciences reported that the drug has been kept expensive for developed countries, and for the next three months almost all Remdesivir has been sold in the US.

According to Mylin NV, this price is 100 mg of vial (vial). But it is not clear yet how many such violations will take to cure a patient.

According to Gilead Sciences, if a patient is given a five-day course, it takes at least six reams of Remdesivir.

Demand for this drug has increased since Covid's patients showed better results.

Mylin NV has stated that they are about to manufacture generic Remdesivir at the Indian plant itself and is also trying to supply the drug with license for about 127 countries of low income.

The Drug Controller General of India has approved Mylin's remade as DesRem.

India is currently the third country in the world where the highest number of infections have been reported.