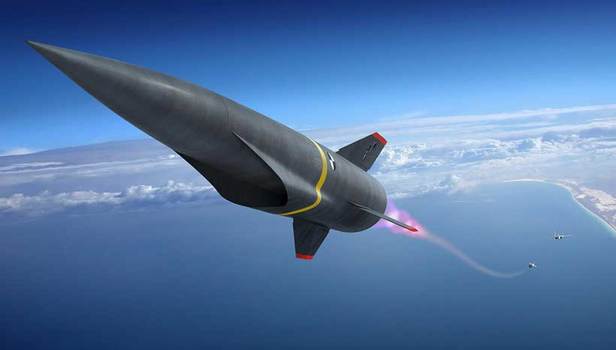 India tested hypersonic scramjet technology off the coast of Odisha on 7 September 2020, developed by the Defense Research and Development Organization (DRDO).

The hypersonic technology Demonstrator Vehicle (HSTDV) designed in India will be used to carry long-range missiles and hypersonic missiles.

DRDO said on this occasion that through this mission, DRDO has shown its capability with complex technology and it will act as a foundation for making NextGen (Advanced) Hypersonic Vehicle.

The DRDO fired a missile using the hypersonic technology demonstration vehicle that went into the atmosphere and achieved speeds up to Mach-6.

The DRDO has described it as a major achievement in defense technology. But what is this technique? How will it be helpful in India's defense system?

What is hypersonic speed?

This is a technique in which a missile can be launched at hypersonic speed.

According to popular mechanics, in the language of science, hypersonic is called 'supersonic on steroids' ie faster than faster speed.

Supersonic means faster than the speed of sound (MAK-1) and hypersonic speed means at least five times more speed than supersonic. Its speed is called MAK-5, that is, five times the speed of voice.

The hypersonic speed is the speed where the molecules of the molecule present in the air surrounding the fast moving object break down and disintegrate.

The DRDO says that the vehicle launched first went up to 30 km in the sky, and then caught the speed of Mach-6.

What is Scramjet technology?

Before understanding this, India's scientist Gauhar Raza says, we have to first know about one of the important principles of Newton's theory.

The third principle of Newton's theory of motion states that 'every action always has an opposite and opposite reaction'. This means that when the fuel is burnt inside the rocket and its gas gets out, its response is a rapid push to the rocket (vehicle) which increases its speed. This is called jet propulsion.

In the initial stages, the fuel made by mixing oxygen and hydrogen is burnt and the fuel inside the rocket has to be kept.

In the 1960s, a technique was thought of in which oxygen could be taken from the atmosphere rather than being placed in a rocket to burn fuel. This technique is called RAMjet technology.

By 1991, the then Soviet Union proved that oxygen could not be reached from outside to sonic speed at high speeds but it was difficult to reach supersonic speeds, for this we would need scramjet technology.

In this new technology, the rocket takes oxygen from the atmosphere and increases its speed. Its advantage is that the rocket does not need double fueling.

In such a situation, India has become the fourth country in the world to use Scramjet technology.

Use of scramjet technology

This technique can be used in rockets and missiles. Three things are important in any missile -

Speed ​​- How many speeds does the missile reach? How strong can the scramjet technology push the missile forward? If the push was so strong that it moved the missile out of the atmosphere, there would be no oxygen and it would be useless.

Time to burn fuel - how long does the fuel burn? How long is he able to maintain the speed of the missile? Fatally, how long can fuel continue to burn?

Gauhar Raza says that this technology will bring two major benefits to India. Firstly, it will contribute a lot in the defense sector as the time to reach the target of the missile will be reduced.

Secondly, it will now be possible to save fuel while sending the rocket, especially as long as the rocket is in the atmosphere. This will reduce the weight of the vehicle.