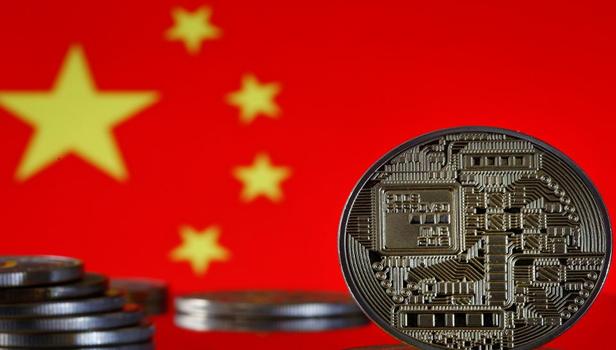 People going to China in 2022 may have to buy or transact in this new digital currency itself. Significantly, in 2022, the Winter Olympics will be held in Beijing, the capital of China.

At a time when every country in the world is struggling with the spread of the corona virus, China was involved in launching a pilot project on the Digital Yuan.

In this project, some part of the salary of government employees will be given in digital yuan.

In addition, about 20 private businesses, such as Starbucks and McDonald, have also participated in the experiment.

If it succeeds, the Chinese government will release it to the entire country at the time of the Winter Olympics in 2022.

However this will be done in a phased manner and may take several years.

Work on this project began in 2014. China is showing great speed in implementing it.

There can be three main reasons for this: the growing trade war with the US, the US and Western countries constantly accusing China of the Corona virus and preparing to bring Facebook's digital currency libra this year.

The introduction of the digital yuan is believed to be one thing that could change the global balance. It is part of China's ambitious projects aimed at ending the US influence and emerging as a powerful country in the 21st century.

Experts say that a new political and economic system can be born in 10-15 years with its successful use.

Dr Faisal Ahmad, a China expert at Delhi-based Four School of Management, says, "India and the United States are also working on their own digital currencies called 'Lakshmi' and 'Digital Dollar' respectively. But so far they are far from reality . ''

Currently, the Chinese dragon has left the Indian Lakshmi far behind.

But according to experts, China's digital currency has also put the US dollar in danger, which is currently the king of the currency world.

Says Alok Churiwala of Mumbai-based Churiwala Securities, "The dollar is much more expensive (over-valued) than its original value when we look at the debt of the US Federal Reserve. A new currency is certainly welcome but its global acceptance will take a long time. ''

Praveen is the portfolio manager of Singapore-based Modular Asset Management and deals with currencies around the world.

He says, "The digital yuan is definitely a big step towards distance from the US dollar. Currently the US dollar is the prevailing currency in the world and has been since the end of the Gold Standard in the early 1970s."

He goes on to say, "Increased disenfranchisement is a threat to the dollar due to the US-China trade war and now the corona epidemic controversy. However, this change will take time due to the lack of any other immediate options. Have to take care of the steps.

At present, the importance of the US dollar can be gauged from the fact that in 2019, about 90 percent of international monetary transactions were traded in US dollars.

In comparison, the Chinese yuan accounted for only 2 percent of global payments and reserves.

On the other hand, more than 60 percent of all the world's reserve reserves are in US dollars.

India's foreign exchange reserves of 487 billion dollars are also in US dollars.

Three trillion dollars is also in the US currency in China's treasury.

Dr. Faisal Ahmed believes that China can use it in many ways which will increase its credibility.

He says, "China can use this currency to provide incentive packages to other countries for geopolitical benefits and invest in countries involved in the Belt and Road (BRI) project from Central Asia to the Arctic region."

Currently, the impact of the US dollar and its importance means that America will continue to dominate the political and economic issues of the world.

For example, sanctions against Iran, Russia, North Korea and other countries are possible due to international trade and banks' dependence on US dollars.

Deutsche Bank released a special report on digital currencies in late January this year suggesting that the Chinese digital yuan may reverse the global power balance.

The report stated, "China is working on a digital currency with the help of its central bank that can be used as a soft or hard-power tool. In fact, if companies trading in China are allowed to buy digital yuan If forced to adopt, it can certainly destroy the primacy of the dollar in the global financial market. ''

The report stated, "The way the US promoted the dollar in the early twentieth century, the Chinese government is now making a great effort to internationalize the renminbi RMB (China's official currency whose unit is the yuan)." From 2000 to 2015, RMB's share in China's business transactions increased from zero to 25 percent. ''

Deutsche Bank suggested that digital yuan and similar digital currencies may not liquidate cash but could lead to the end of third parties such as credit cards.

Praveen says, "Unlike other methods of payment, it can be used for payment without an internet connection. It's like real cash but in a digital world."

He adds, "The success of the digital yuan will depend on how fast it is being adopted by ordinary people, retailers, corporations, governments and other countries."

But in currencies emerging as a force in the virtual world, besides Facebook's libra and digital yuan, many virtual currencies exist and many are in the works.

Bitcoin is already present in the market and its popularity is increasing.

India has banned crypto currencies but the Reserve Bank is seriously thinking about the digital currency Lakshmi.

All other digital currencies are decentralized and do not fall under any regulatory authority.

Dr. Faisal Ahmed says, "The digital yuan is a state-backed currency unlike other currencies such as the libra. It will also have political ramifications. For example, the use of the digital yuan will help countries like North Korea avoid US sanctions." '

Thinking of India's own digital currency Lakshmi was born in 2014. The idea of ​​digital yuan was also born in China in the same year.

But for the launch of Lakshmi of India, first we have to wait for the report of several committees formed on this issue.

One expert said, "India is promoting digital wallet while China is about to launch digital currency".

The benefits are that it cannot be copied, the transaction can be instant, the international transaction cost will be negligible, all people will be able to use it.

And the disadvantage is that people will not trust it quickly, it will not have access to the poorest sections of the population and it will depend on digital wallet.

Experts say, as the technology will grow, the benefits of digital currency will also increase.

Alok Churiwala says, "It takes a long time to build people's trust in any system. The US dollar has existed since 1770. Its popularity started growing from the time of the First World War and till the Second World War it became the best currency in the world. ''

Everyone trusts the dollar and everyone values ​​it. But if there is a decrease in America's world, then some other power will take its place. China seems far ahead in that race.