Why was India shocked by the attack on Saudi Arabia? 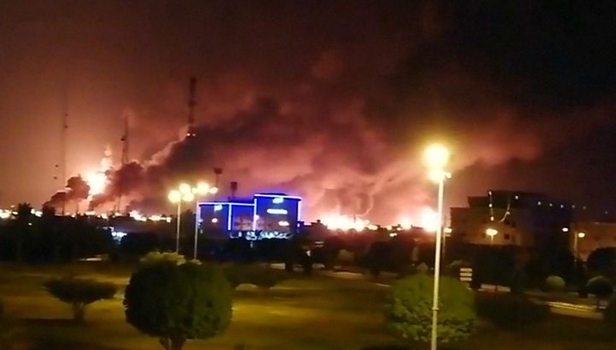 The drone attack on the world's largest oil plant has led to a spurt in oil prices. This is the fastest boom in the last few decades and has threatened a new conflict in the Middle East.

But its effect is being felt till several thousand kilometers away.

The Houthi rebels of Yemen have claimed responsibility for the attack.

India imports around 83 percent oil. India is one of the largest importers of oil in the world.

Most of the crude oil and cooking gas in India comes from Iraq and Saudi Arabia.

He used to import more than 10 percent of his oil from Iran.

However, in the beginning of the year, after the US broke out of the nuclear deal, it put pressure on India to stop buying oil from Iran.

India also imports from other countries like USA, but at higher prices.

But the way these attacks were carried out, it seems that Saudi plants are no longer as safe as before. This has worried other big importers like India.

"Secondly, the economy of India and the people here are very sensitive to prices, so today there is more concern about the price."

In addition, the price of oil has increased drastically following the drone attack in the global oil market. Prices have risen for the first time since the Iraq invasion of Kuwait. There was no such upheaval in the prices of crude oil in the last 28 years.

Saudi Arabia has not yet fully responded to the attack. So, we do not know what is going on in the minds of Saudis? Will they answer in a military manner? If so, this would increase tensions in the region, disrupting supplies from the entire Gulf region, including Iraq and Iran.

So there are many untold questions, which are yet to be answered.

2/3 of India's demand is met by this region and any kind of tension will have a negative impact on India.

It will now depend on how long the production is interrupted. Saudi Arabia says it will take a few days to fix the plants. But if it takes more time, it will affect oil prices further and it may increase the cost of imports in India.

The Indian government is already going through a bad phase in terms of economy and if prices rise then India's difficulties will also increase.

Crude oil by-products are used in products like plastics and tires, these things will also become more expensive.

The rising prices of oil also affect the currency. If the dollar price of crude oil increases, India will have to buy more dollars for that same oil. This will reduce the value of the rupee against the dollar.

Further weakness has already been seen in India's stock market. Fearing further damage to the economy from rising oil prices, it declined for the second time in a row.

Madan Sabnavis, chief economist at Care Ratings Ltd, says, "The government will not be able to do much right now. It can supply from the reserves we have, which can help for about a month. If the crisis persists, it will pay taxes." "But it will affect the revenue and then the fiscal deficit. But as long as the price remains below $ 70 per barrel, this setback can be endured."