Why is China angry with India's decision on Kashmir? 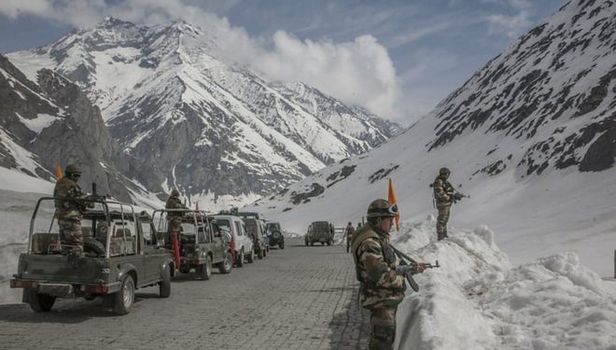 The Government of India has become increasingly concerned about China's decision to end Kashmir's special status. China has expressed its opposition through separate statements over the last four weeks.

On August 5, the Bharatiya Janata Party-led Government of India abolished Article 370 giving semi-autonomy to the then Jammu and Kashmir state.

After this, a law was passed and the state was divided into two union territories.

One of these union territories is Ladakh. China has control over a part of it and claims this entire area.

She said, "China has always opposed the Indian takeover of China's territory in the western sector of the Sino-India border. There has been no change in our strong and consistent position."

Khwa Chunying went on to say, "By changing its law, India has recently continued to ignore China's territorial sovereignty. This approach is unacceptable and will not materialize."

Meanwhile, senior BJP leaders in India welcomed the move with nationalist statements. Some leaders expressed the hope that the part of the region which is under the control of China and Pakistan will also come to India.

These leaders included Aksai Chin, a region of Ladakh controlled by China, and Pakistan's Kashmir, which India calls "Pakistan-occupied Kashmir" or "PoK".

Regarding Ladakh, Chinese Foreign Minister Wang Yi said, "The Indian government's declaration of making Ladakh (which includes China's region) a union territory has challenged China's sovereignty and it has violated the agreement between the two countries to maintain peace and stability in the border region.''

On the Kashmir issue, Khwa Chunying said, "China's position on the Kashmir issue is clear and uniform. Even internationally, it is agreed that the issue of Kashmir between India and Pakistan is pending from the past."

China has been saying that the Ladakh region, including Aksai Chin, is part of a border dispute that has not been decided yet.

Currently, Aksai Chin is included by China in its Xinjiang region and considers it extremely important. The reason is that through this, there can be movement of troops between Xinjiang and Tibet.

China does not recognize the Simla Agreement. This agreement was signed between Tibet and the British administration of India in the year 1914. In which Ladakh is recognized as being a part of India.

China says that this treaty was not made with the then Chinese government and therefore it is invalid.

Wang Yi said, "India's move is not acceptable to China and this will not change China's position in the sovereignty and administrative juridiction of the region."

The Global Times, a newspaper controlled by the Chinese government, wrote, "When India's Home Minister Amit Shah loudly claims that India wants to rule the Xinjiang Weigar Autonomous Region of Northwest China, it shows a sense of enmity against China.''

Quoting Zhao Gancheng, a research fellow at the Shanghai Institute for International Studies, the Global Times wrote, "China will retaliate strongly if India advances its irrational claims and provokes us with military action."

India's foreign ministry has responded to China's criticisms. The Ministry of External Affairs says, "The formation of the new Union Territory of Ladakh is an internal matter of India."

India's Home Minister Amit Shah said in Parliament, "The people of Ladakh have been demanding for a very long time, to give the region the status of Union Territory, now they will be able to fulfill their aspirations."

India has also been saying that China's claim on Aksai Chin is illegal and is a violation of the Simla Agreement.

This dispute has been further compounded by China's close ally and India's rival Pakistan. Pakistan had handed over a part of Trans Karakoram to China in the year 1963. This area is close to Aksai Chin. India calls Pakistan's move illegal.

Reiterating India's position on the matter for a long time, Amit Shah said in Parliament, "Kashmir is an inseparable part of India. There is no doubt about it. When I talk of Jammu and Kashmir, Pakistan occupied Kashmir and Aksai Chin also comes in it.

He is also following what China has said. Pakistan's request was held in a closed-door meeting of the UN Security Council. Pakistan has a dispute with India over Kashmir.

Just a few days before this meeting, India's External Affairs Minister S Jaishankar visited Beijing. According to the Global Times, he had said using the compromised language, "Amending the Constitution of India will not create a new claim to sovereignty. It will not change the Line of Control in the Kashmir region (on the Pakistan border) and the Line of control on the border of China-India will not change.

Pakistan has long been trying to internationalize the Kashmir dispute. The United Nations meeting appears to be an effort in that direction. India opposes making the issue an international matter.

But opinion was divided in this meeting. According to reports, Russia supported India. At the same time, Britain supported China in the demand that a public statement be issued after the meeting.

Apart from China, the remaining four permanent members of the UN Security Council asked India and Pakistan to resolve their disputes in a two-way manner.

Eventually, the meeting ended without issuing any statement. However, China and Pakistan later issued statements on their behalf. After this, India also issued a statement.