Vaccine Nationalism: Why are questions being raised on the approval of two Corona vaccines in India? 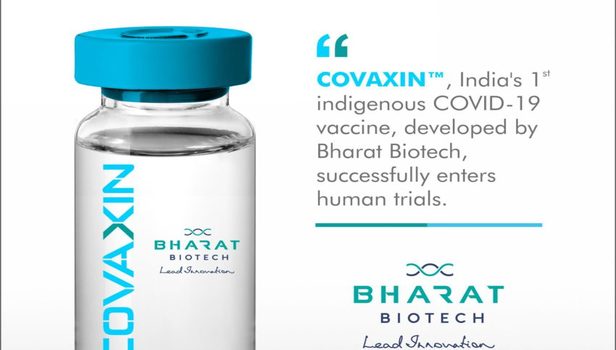 Drug Controller General of India (DCGI) in India on 03 January 2021 allowed emergency use of two vaccines for treatment of COVID-19.

These are two vaccines - Covishield and Covaxin. While Covishield is actually the Indian version of Oxford-AstraZeneca, the Covaxin is India's own vaccine, also known as the indigenous vaccine.

After the approval of the emergency use of the Oxford-AstraZeneca vaccine Covishield in Britain, there was every possibility that Covishield would get approval in India and finally got it.

But with this, no one expected that the Covaxin would be allowed in India so soon.

Some health workers, including the Congress party, have started to question it after the Covaxin was allowed so soon.

After Covishield and Covaxin were granted permission on 03 January 2021, many raised questions as to how permission was granted without releasing data for the third trial of both vaccines.

In the third phase of the trial, the drug is tested on a large number of people and then based on the results, it is found out what percentage of the drug is affecting the people.

The three Vaccine Pfizer BioNTech, Oxford-AstraZeneca and Moderna are discussed in the world, with varying statistics for the Phase 3 trial. The Oxford vaccine has been reported to be up to 70% effective.

In India, Covishield is effective on how many people other than Covaxin. Questions have also been raised on this, but due to the vaccine of Oxford, it is not being given due to the suspicion that the Covaxin is being seen.

The statistics of the Phase-3 trial on 1,600 volunteers in Covishield's India have also not been released. At the same time, it was tried on 800 volunteers in the trial of Phase 1 and 2 of the Covaxean, while in the third phase trial it is said to try on 22,500 people. But their figures have not been made public.

Congress leader Shashi Tharoor tweeted after being allowed to use Covaxin emergencyly, saying that the third stage trial of Covaxin has not been done yet, without the permissible permission that could be dangerous.

Tagging the Union Health Minister, he wrote, "Dr. Harsh Vardhan please clear this point. Its use should be avoided until all tests are done. Till then India can start with AstraZeneca vaccine.

The Congress leader had to tweet that questions started coming up in India on the vaccine. Congress leader Jairam Ramesh and Samajwadi Party chief Akhilesh Yadav also voiced concerns about Covaxin and the health of the people.

Dr Swapnil Parikh, a researcher of infectious diseases in Mumbai, says that doctors are in a difficult situation right now.

He said, "I think it is time to get rid of the regulatory hurdles and complete the process at the earliest."

Dr. Parikh said, "The government and regulators have a responsibility to be transparent about the data, which they reviewed before allowing the vaccine, because if they don't do so, it will affect people's trust."

After questions from the opposition and several health workers, India's Union Health Minister Harsh Vardhan came out and he made several tweets and argued about the effect of Covaxin.

In the first tweet, he wrote, "Shashi Tharoor, Akhilesh Yadav and Jairam Ramesh have followed a science-backed protocol to allow the COVID-19 vaccine."

After this, the Union Health Minister made several tweets in support of Covaxin, although he did not mention the statistics of the third phase trial in these tweets.

He wrote that the vaccine is being allowed all over the world on the basis of the encoding spike protein which has an effect of 90%, whereas the Covaxin has antigenic episodes other than the spike protein based on the inactivated virus, so it remains as safe. It is as effective as the rest said.

Along with this, Harshvardhan said that Covaxin is also effective on new variants of corona virus.

Harsh Vardhan also said by tweeting that the Emergency Use Approval (EUA) of covaxine has been given on conditional basis.

"Our goal is to provide global access to the population that needs it the most," said Krishna Illa, chairman of the India biotech manufacturer of Covaxin.

He said in the statement, "Covaxin has given amazing safety data in which several viral proteins have given strong immune response."

However, the company and DCGI have also not given any data that can tell how effective and safe the vaccine is, but a source from the news agency Reuters said that the two doses of this vaccine have an effect of more than 60%.

Delhi AIIMS chief doctor Randeep Guleria, speaking to a news channel, said that he sees the Covaxin as a backup in the event of an emergency and currently Covishield will be used as the main vaccine.

The statement of Delhi AIIMS director Dr. Randeep Guleria was tweeted by news agency ANI, "In case of emergency when there is a sudden increase in cases and we need to get vaccinated, Bharat Biotech Vaccine will be used. It can also be used as a backup when we are not sure how effective the serum institute vaccine is going to be.''

On this statement of Guleria, journalist Tavleen Singh retweeted, "What does this mean?" If vaccination needs backup, then what does the vaccine mean?

He said that by then more drugs of Covaxin would be ready and they would use strong data of Phase-3 to show how safe and effective it is but for the first few weeks the Covishield will be used, which has five million doses.

Covaxin is India's vaccine. While Covishield is also being made in India, it is originally a vaccine from Oxford-AstraZeneca.

After getting the approval of both the vaccines, the Prime Minister of India, Narendra Modi wrote in a tweet that the two vaccines which have been approved for emergency use are both made in India, to fulfill the dream of a self-reliant India. Refers to willpower.

Now, with the approval of emergency use of both these vaccines, it will be given to the health workers and frontline employees first.

India's goal is to vaccinate the corona vaccine to 300 million people by July 2021.