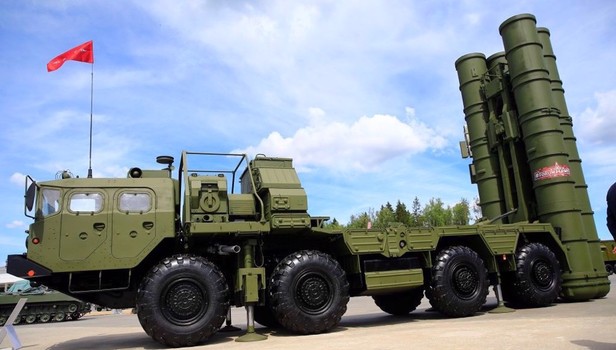 The US says that Russia's ground-to-air missile system S-400 does not meet NATO's technical parameters in any way. The S-400 is a threat to the Euro-Atlantic alliance.

The US State Department announced these restrictions on 14 December 2020, which would affect Turkey's arms purchases.

These sanctions have been criticized by Russia and Turkey immediately after the announcement of US sanctions.

The US has already dropped Turkey out of the F-35 fighter jet program on the issue of procurement of missile systems made in Russia.

What does America object to?

US Secretary of State Mike Pompeo issued a statement saying, "The United States has made it clear to Turkey on several occasions that the purchase of the S-400 system would put American military technology and the military at risk." This will provide a large amount of money to Russia's defense industry and increase Russia's access to the Turkish armed forces and its defense industry.''

Mike Pompio continued, "Despite this, Turkey decided to move ahead with the purchase and testing of the S-400 system when there were alternatives." This would have also served Turkey's defense needs.''

He said, "I appeal to Turkey to resolve the S-400 issue with the US and resolve it immediately." Turkey is an important regional security partner for the United States. Turkey should remove the bottleneck of the S-400 system as soon as possible and continue our decades-old defense cooperation.''

Ismail Demir and three other employees of the Directorate of Defense Industries have come under the US ban on Turkey. Under this ban, export licenses issued from the US have been banned, as well as Turkish assets in US juridiction have been frozen.

What does Turkey say?

On the other hand, Turkey's Foreign Ministry has "appealed to the US to reconsider its partisan decision".

Turkey has also said that it is ready to find a solution to this issue by way of diplomatic dialogue in accordance with the spirit of the alliance.

The statement issued by the Turkish Foreign Ministry also said that "the US embargo will have a negative impact on our relations" and Turkey will avenge it in time.

Turkey says the US refused to sell it the Patriot missile, after which it bought the S-400 system from Russia.

Turkish officials also say that NATO's other partner, Greece, has its own S-300 system, although it has not bought it directly from Russia.

Russia's Foreign Minister Sergei Lavrov has criticized the US ban, saying that it reflects "a hostile attitude towards international law".

Sergei Lavrov said that the United States has been taking such unilateral and illegal repressive actions.

How important is turkey?

Turkey has the second largest army in NATO, a military alliance of thirty countries.

He is an important partner of the US and has strategic importance due to the border with Syria, Iraq and Iran.

Turkey has also played an important role in the Syrian conflict. It has provided military and weapons support to some of Syria's rebel groups.

However, Turkey's relations with NATO and some EU member states have deteriorated in recent times. These countries allege that Turkish President Rechep Tayyip Ardoan is acting in an arbitrary manner following the failed coup of 2016.

A radar capable of long range surveillance monitors the objects and sends its information to the command vehicle where the potential target is assessed.

After the target is identified, the command vehicle commands a missile launch.

The data attached to it is sent to the launch vehicle and from there the ground-to-air missile is fired.

The radar helps the missile reach its target.