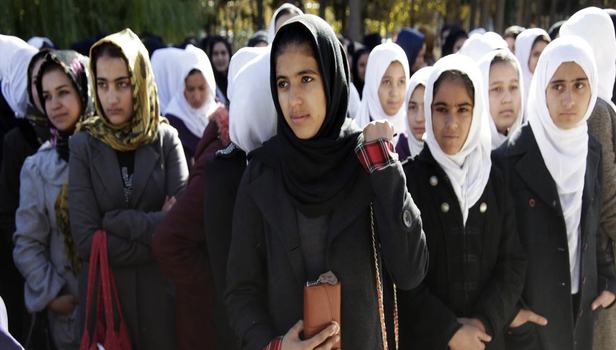 The United Nations Security Council has expressed deep concern over the ban on women in Afghanistan from attending schools, universities and working in NGOs.

The Security Council issued a statement on Tuesday, 27 December 2022, calling for equal and full rights for women and girls in Afghanistan.

Also said that the Taliban government should reopen schools and change its policies that violate human rights and basic freedoms.

Recently, the Taliban government of Afghanistan banned girls from going to university. Earlier, girls were banned from attending school after class VI.

At the same time, a ban has also been imposed on girls and women working in non-governmental organizations (NGOs).

On this, the Security Council said, ''The ongoing humanitarian operations in the country will be affected if women do not work in NGOs and international organizations.

These include the campaigns run by the United Nations. These sanctions are contrary to the expectations of the international community and the commitments that the Taliban made to the people of Afghanistan.''

At the same time, the members of the Security Council reiterated their full support to the Special Representative of the Secretary-General and the United Nations Assistance Mission in Afghanistan (UNAMA).

Also stressed the importance of their work, which includes monitoring the situation in Afghanistan, providing information and dialogue with all relevant political parties and stakeholders on these issues.