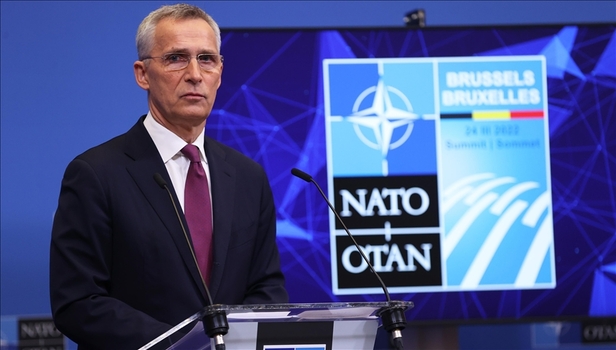 NATO Secretary General Jens Stoltenberg has warned Russia of dire consequences for the use of nuclear weapons in Ukraine.

"The rhetoric about nuclear weapons is dangerous and it is gross negligence and the use of nuclear weapons of any kind can change the course of Ukraine's war," he said on Sunday, 2 October 2022.

The NATO secretary general said, "A nuclear war should never be fought or won. These messages are clearly what NATO and its allies want to convey to Russia.''

Stoltenberg's statement comes at a time when Russian President Vladimir Putin has indicated to use nuclear weapons after mounting pressure on his army in Ukraine and defeat in many areas.

The people of Russia are criticizing their army

Western leaders and governments recognize that the threat has increased since Friday, September 30, 2022, when President Putin officially declared four regions in Ukraine's eastern and southern regions as part of Russia.

On the other hand, Ukraine claims that its forces have recaptured the Lyman area of ​​the Donetsk province in the east. Lyman is known as a railway hub.

The Russian military leadership has been criticized for its defeat at Lyman. After this, some close to Putin have started demanding a stronger attack on Ukraine. Some hardline nationalists are also advocating the use of low-impact nuclear weapons.

Stoltenberg has also warned Russia about the attack on the infrastructure of NATO countries. He has indicated that the Nord Stream pipeline leak has also happened under some conspiracy.

He said that the way the Russian army had to retreat in Lyman shows the courage and bravery of Ukraine. He also considered the weapons being given by America and other countries of NATO as the reason for this.

The North Atlantic Treaty Organization (NATO) was formed in 1949 after the Second World War. Its creators were America, Canada and other western countries. It was built by him for protection from the Soviet Union. Then the world was two polar. One superpower was America and the other was the Soviet Union.

NATO initially had 12 member states. After the formation of NATO, it was announced that if any one of these countries of North America or Europe is attacked, then all the countries involved in the organization will consider it as an attack on themselves. Every country in NATO will help each other.