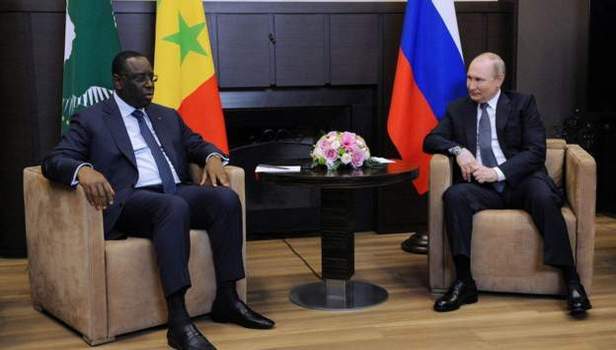 The head of the African Union has told President Vladimir Putin in a meeting with Russia that African countries are innocent victims of the war in Ukraine and that Russia should help ease their troubles.

After talks between the two leaders in Sochi, African Union chief Mackie Saal said the Russian leader promised to ease exports of grain and manure. However, no details have been given as to how this will happen.

Putin has been denying that Russia is blocking Ukrainian ports from exporting grain.

More than 40% of the wheat consumed in Africa usually comes from Russia and Ukraine.

But Ukraine's ports in the Black Sea have been largely blocked for export since the February 24, 2022 war between Russia and Ukraine.

Ukraine and its allies blame Russia for blocking the ports.

Amin Awad, a member of the United Nations Crisis Coordination, said in Geneva, "If these ports do not open, it will result in famine."

Food shortages could affect 1.4 billion people and lead to mass migration, he said.

Food prices have risen sharply across the continent of Africa since the start of the war between Russia and Ukraine, driving large numbers of people to starvation.

Mike Dunford, the head of the World Food Program, said more than 80 million people in Africa face severe food insecurity, making it difficult to feed. Year 2021 this number was about 5 crores.

The African country of Chad has declared a national food emergency. A third of the country's population is in need of food aid, according to the United Nations, with the Chadian government appealing for international aid.