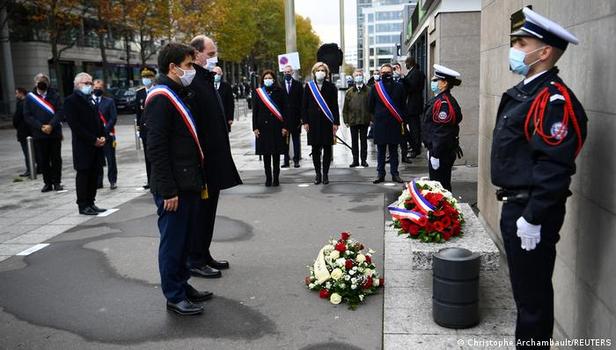 The lone surviving attacker from the group that carried out the 2015 Paris attacks has been convicted of terrorism and murder.

Salah Abdeslam has been given the harshest sentence ever in French history. 130 people died in this attack. Salah has been sentenced to life imprisonment for this crime.

The court also found 19 others guilty in the case. Of these, it is understood that 6 convicts have died.

The trial of this case also lasted the longest in the history of modern France. The hearing in the case was on from September 2021.

For the past nine months, victims, journalists and the relatives of the dead congregated in a specially built courtroom in Paris to hear the case. The attack is considered the most gruesome in French history since World War II.

On November 13, 2015, there were attacks in France at various places including bars, restaurants, the national football stadium and a music venue. Hundreds of people were also injured in this.

At the start of the trial, Abdeslam described himself as a "soldier" of the Islamic State extremist group.

However, Abdeslam later apologized to the victims and told the court that he was not a murderer and that it would be unfair to punish him for murder.

Abdeslam claimed that he had decided not to blow off his suicide jacket on the night of the attacks. But later it was found from the evidence presented before the court that in fact the reason for the defect in the jacket was not the explosion.

Abdeslam will have to stay in prison for life, according to the laws of France, now he can apply for parole only after serving 30 years of sentence.