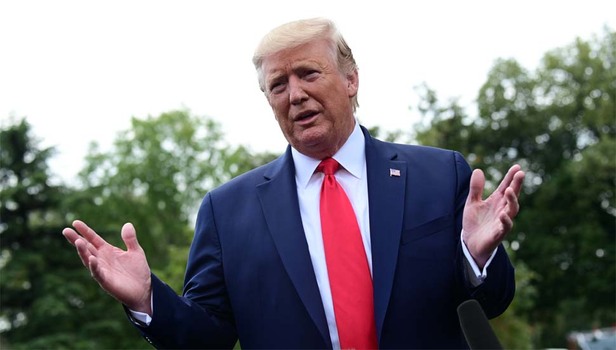 US President Donald Trump has once again offered assistance between India and Pakistan over Kashmir. At the same time, Trump has also said that there has been a decrease in rivalry between the two countries as compared to earlier.

According to news agency PTI, US President Trump told reporters at the White House, "You know that there is tension between India and Pakistan over Kashmir. But I think that between the two countries than two weeks ago Stress has decreased.

Along with this, Trump also said that if both the countries want, they are ready to help.

When Pakistan Prime Minister Imran Khan went to the US in July last, Trump had offered to mediate on the Kashmir issue during his meeting, but India immediately rejected it. India had said that this is a bilateral issue between the two countries. However, Trump had then claimed that Narendra Modi himself had asked his to mediate. India also rejected this claim.

After this, in the meeting of Narendra Modi during the G7 meeting in August, Trump had said that Kashmir is a bilateral issue between the two countries and there is no scope of mediation of any other country.