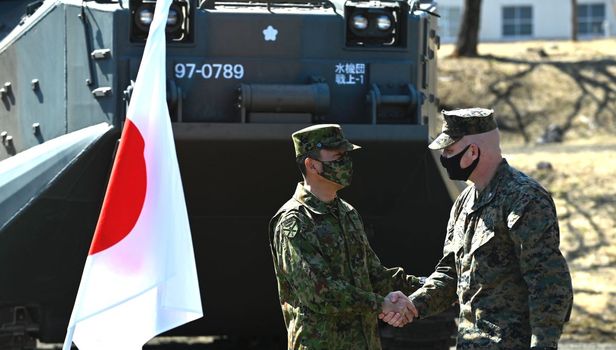 Japan has said that in view of the threats from China and Russia, it will manufacture cruise missiles and high-velocity ballistic missiles on a large scale. It will be part of Japan's military expansion.

This information has been given in the annual budget of the Ministry of Defense of Japan. Under this other military weapons will also be developed. These also include the development of hypersonic weapons.

This decision is completely different from Japan's policy of military construction so far. Japan has limited its military capabilities and weapons development for decades.

In its budget, the Defense Ministry has drawn special attention to the fact that China is threatening the use of unilateral power. In this, North Korea has also been described as a threat.

After five Chinese missiles that fell in Japan's Exclusive Economic Zone, it is also being raised that if something happens to Taiwan, Japan will also be affected by it.

Security has been a divisive issue in Japan. After losing the Second World War, Japan adopted a pacifist constitution at the behest of the US, and the US in return took responsibility for Japan's security.

Under Article 9 of the Constitution of Japan, it may never use military power to settle its dispute with any country.