Isn't President Trump and Fauci unanimous about the growing cases of infection in America? 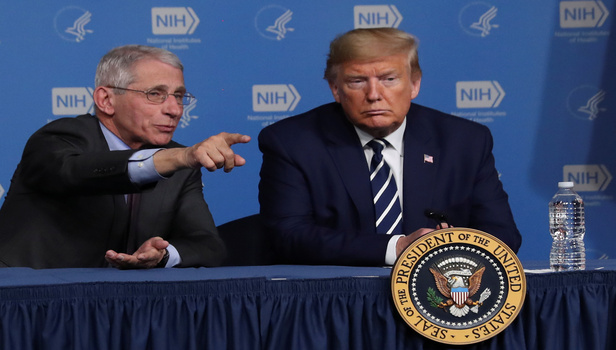 Trump says that the country is getting more testing. Due to this, more cases of infection are being reported.

On social media, Trump wrote, "If we had done fewer tests, fewer cases of infection would have been reported. What did Italy, France and Spain do? But sadly, there are increasing cases of infection again. Governors of most states of America have worked hard.

Responding to questions on the Corona Virus Panel of Parliament on Friday, Fauci had said that the reason for more cases of corona infection in Europe against Europe is not to impose lockdown.

"Most European countries imposed a lockdown and shut down 95 percent of their economy," Fauchi said. At the same time, the US closed only 50 percent of its economy.

He also stated that while exiting the lockdown, while some states followed the Center for Disease Control guidelines, some states did not. Due to this, more cases of infection were reported in some states of South and West.