Is humid heat dangerous for people? 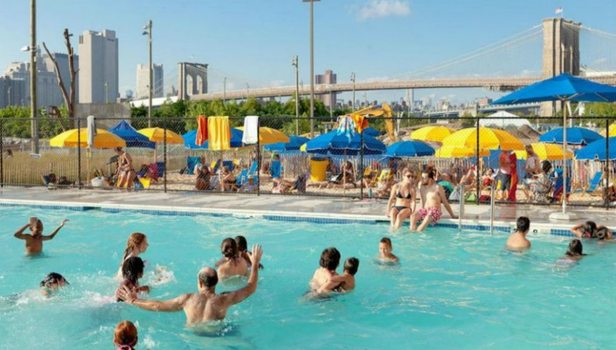 Researchers on climate change have been warning for a long time that by 2070, the temperature of the earth will rise so much that it will not be possible to live here.

But a study published in the journal Science Advances suggests that in many places such incidents are being reported which were warned till now.

The authors of this study say that the dangerous conditions in which heat and humidity come together are seen to occur all over the world.

However, these conditions only last for a few hours but the number and severity of their occurrence is increasing.

These researchers have analyzed the hourly data of 7877 different stations giving weather information between 1980 and 2019.

It has been revealed in this analysis that in some sub-tropical coastal areas, the frequency of extreme heat and humid mixed weather has doubled.

In every such event there is heat and humidity which can prove to be dangerous for a long time.

Such incidents continue to occur in India, Pakistan, Bangladesh, North-Western Australia, the coastal region of the Red Sea and the Gulf of California.

The most dangerous of these figures were recorded 14 times in Dhahran / Daman in Saudi Arabia, Doha in Qatar and Ras Al Khamaia in the United Arab Emirates. More than two million people are living in these cities.

South East Asia, southern China, sub-tropical Africa and the Caribbean region were also affected by this.

Severe conditions were observed in the South East of America. And these conditions have been seen primarily in the East Texas, Louisiana, Mississippi, Alabama, and Florida penhandles near the Gulf Coast. The cities of New Orleans and Biloxi have also been badly affected.

Most meteorological centers around the world measure temperature with two thermometers.

This is the figure that you see on your phone or TV as the temperature of your city.

Another device is a wet bulb thermometer. This device records humidity in the air.

Extremely humid heat can prove fatal for humans. For this reason, the reading of the weight bulb, which is called 'Feels Like', is very important.

The normal temperature of our body is 37 ° C. And our body temperature is usually 35 degrees Celsius. This different temperature helps us keep our body cool by sweating.

After sweating from the body, it evaporates and takes away heat with it.

This process works well in deserts. But in humid places this process does not work properly. Because there is so much moisture in the air that it cannot lift sweat in the process as steam.

In such a situation, if the humidity rises and the wet bulb raises the temperature to 35 ° C or above, then the process of evaporation of sweat will slow down which will affect our ability to withstand heat.

In some serious cases, it may also happen that this process stops completely. In such a situation, a person will have to go to an air-conditioned room because the internal temperature of the body will go beyond this heat tolerance limit, after which the body parts will stop functioning.

In such a situation, even very fit people will die in about six hours.

Until now it was believed that the wet bulb temperature on Earth crossed 31 ° C in rare conditions.

Colin Raymond, a researcher at the Lemont Doherty Earth Observatory at Columbia University and the lead author in this study, says, "The humid summer in the Persian Gulf is mainly due to moisture. But for such conditions to arise, the temperature must also be above average. The figures we are studying are still quite rare. But after 2000, many times have come to the fore.''

All the studies that have been done so far on climate change have failed to record such serious incidents. This study explains this because researchers generally look at the average of heat and humidity over large areas and long intervals. But Colin Raymond and his colleagues tracked hourly data coming to meteorological centers around the world. Due to this, he came to know about those incidents, due to which, in a very short time, a small space is being affected.

Colin says, "Our study completely agrees with previous studies that a 35 degree Celsius wet bulb temperature up to 2100 would be a normal thing at the level of a metropolitan area." We have only added to this that these incidents have started happening in a short time in small places. In such a situation, high resolution data is very important.

Such incidents are mostly occurring in coastal areas, creeks and straits where seawater blowing through steam creates the possibility of mixing in hot air.

Studies show that in most of India, Pakistan and Bangladesh, there will be a temperature till 2100 in which it can survive. It is a confluence of extreme sea level temperatures and continental heat that can produce humid heat.

"High resolution data can help us understand which places may have the greatest impact on people and how we can warn people if such a situation is going to happen," says Coleen. This can help them to be air-conditioned, not working outside the home and ready to take long-term steps. ''

This study expresses concern about economically vulnerable areas where temperatures are rising rapidly. Because these people will feel inability to protect against heat.

Another writer and scientist of the same study, Radley Horton, says, "People in poor countries who are in danger, they cannot use electricity, forget the air condition. Most people depend on farming for their livelihood. These facts will make some areas unfit to live. ''

If carbon emissions are not reduced, then such incidents are bound to increase.

Steven Sherwood, climatologist at the University of New South Wales, Australia, says, "These estimates suggest that some areas of the Earth will soon get so much heat that it will not be possible to live there." Earlier it was believed that we have a lot of safety of margin ie the risk is far away.''