Is Covaxin able to protect against corona virus? 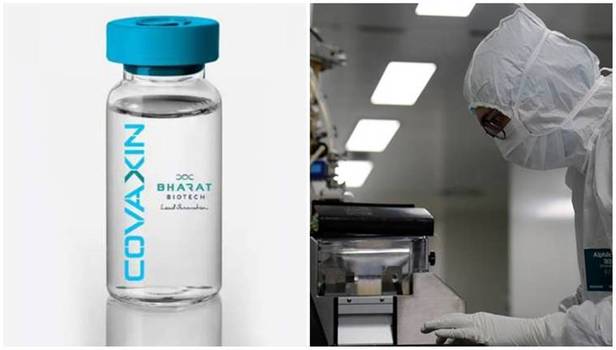 Bharat Biotech, a company that manufactures a corona vaccine named Covaxin in India, has said that during the clinical trial of this vaccine, two doses are given to the person after 28 days i.e. at an interval of about one month.

According to the news agency ANI, the company has said that the effect of the vaccine can be detected only after 14 days of the second dose. This vaccine is designed in such a way that it is effective on those who take two doses of it.

Regarding the clinical trial of Phase III of the vaccine, the company said that 50% of the people in the Phase III trial are given vaccine while the other 50% are given placebo.

Placebo is a special kind of medicine that does not have any effect on the body. Doctors use this to know how much and what mental effect a person has on taking medicine.

On 20 November 2020, he started the third phase of the vaccine trial by getting a Covaxin vaccine.

He wrote Twitter, "My corona test has come positive. I am admitted in Civil Hospital, Ambala Cantt. Those people who came in contact with me in the past are advised to get their corona checked.

Earlier on 20 November 2020, he started the third phase of the vaccine trial by administering Covaxin vaccine at a hospital in Ambala.