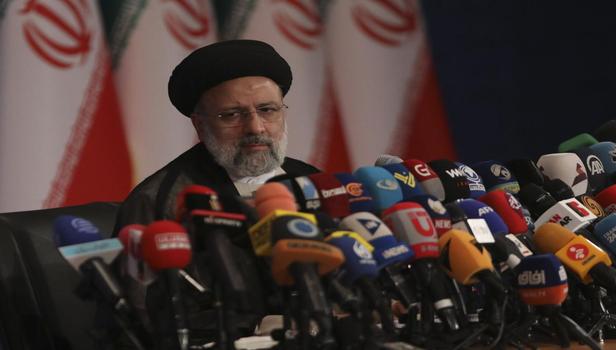 Iran's new President Ibrahim Raisi has been criticized for his involvement in the mass executions of political prisoners after the 1988 Iran-Iraq war. This time he has commented on human rights violations for the first time.

On Monday, 21 June 2021, Raisi held his first press conference after his victory in the election held on Friday, 18 June 2021. During this, he also talked about nuclear agreements to Iran-US relations.

But when a journalist asked him about his human rights records, Raisi said, "I am proud that I have defended human rights in every situation so far."

In a reference to the extremist group IS, he said that it has also dealt with "people who have violated people's rights and have been involved in Daesh and anti-security activities".

"If a law expert, a judge or a prosecutor protects the rights of the people and the security of society, he should be praised and encouraged to protect the people."

what are the charges

Ibrahim Raisi has been repeatedly accused of human rights violations because he was Iran's deputy prosecutor in 1988 when some 5,000 political prisoners were executed by mass executions.

Most of these political prisoners were members of the leftist and opposition group Mujahideen-e-Khalqa (MEK) or People's Mujahideen Organization of Iran (PMOI) in Iran.

Due to this, America has also imposed sanctions on them.

Israel's new prime minister, Naftali Bennett, commented on Raisi during the first meeting of his cabinet on Sunday, 20 June 2021, saying he was part of a 'brutal executioner's regime'.

Bennett has warned the world's top powers that this is the last "wake up" call before returning to the nuclear deal with Iran.

Radical leader Raisi was elected Iran's new president with 62 percent of the vote on Saturday, 19 June 2021. Iran has historically had the lowest turnout during this election.