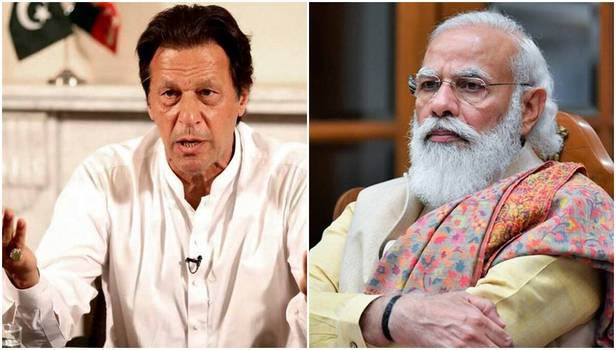 Pakistan's PM Imran Khan wrote in this reply letter on 29 March 2021, "I thank you for the letter sent with the best wishes of Pakistan Day".

PM Imran Khan further wrote, "The people of Pakistan celebrate this day to pay tribute to the foresight and intelligence of their founders who envisaged an independent, sovereign state and where people can live freely and achieve their full potential To achieve it.''

PM Imran Khan wrote, "People of Pakistan also want a peaceful and cooperative relationship with all their neighbors including India. We are convinced that the permanent peace and stability in South Asia is related to the resolution of all issues between India and Pakistan, especially the Jammu and Kashmir dispute.''

Imran Khan wrote, "It is important to create an environment conducive to a positive and result-oriented conversation. On this occasion, I also wish to convey my best wishes to the people of India in the fight against the pandemic of COVID-19.''

What was written in Modi's letter to Imran

In this letter written on 22 March 2021, Prime Minister Narendra Modi wrote, "To make this possible, an environment free of terrorism and hostility and full of trust and confidence is needed".

Narendra Modi wrote this letter to Imran Khan at a time when a new ceasefire has been implemented on the Line of Control between the two countries.

Ceasefire between India and Pakistan

In February 2021, the Director General of Military Operations (DGMO) of the two countries issued a joint statement declaring a sudden ceasefire along the Line of Control.

Since then there has been peace against the border on the border and the ceasefire on both sides is being followed in full.

At the same time, an eight-member team of Pakistan for Indus River Water Dialogue, under the leadership of Indus Water Commissioner Syed Mehr-e-Alam, is in New Delhi talks with their counterparts in India. This conversation is taking place after two years.

Recently, Pakistan Army Chief General Qamar Javed Bajwa had also said in a statement that both countries should forget the old things and move forward.

Narendra Modi wrote in his letter that on the occasion of Pakistan Day, he wants to congratulate the people of Pakistan.

Modi, while addressing Imran Khan, wrote that during this difficult time, he wishes him and the people of Pakistan to overcome the challenges of COVID-19.

A few days ago, even when Imran Khan was found infected with Corona virus, Prime Minister of India Narendra Modi sent his best wishes for him.

There has also been speculation that a third country may be behind the sudden warmth in the relationship between India and Pakistan in recent months.

In an interview to Arab News, Adil Al Zubair had said that Saudi Arabia wants peace in the entire region and is making efforts for it.

At the same time, media reports have also claimed to mediate the United Arab Emirates in negotiations between India and Pakistan.

A report by The Hindu said that India and Pakistan negotiated behind the scenes in the mediation of the United Arab Emirates.

However, India or Pakistan have not confirmed this. Analysts are also assuming that the recent events are the result of the activities going on behind the scenes.