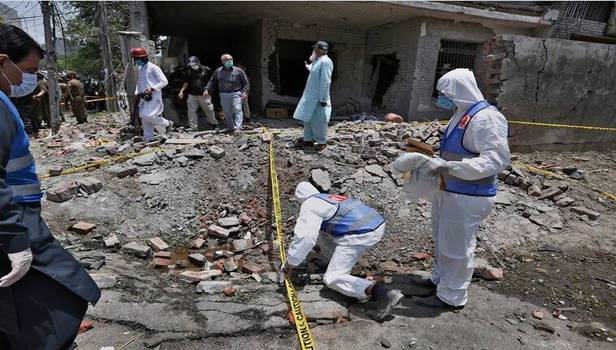 According to the police of Punjab province in Pakistan, the target of the blast in Lahore was the house of Jamaat-ud-Dawa chief Hafiz Saeed.

At least two people were killed and 14 were injured in the blast in Lahore's Jauhar Town area on Wednesday, 23 June 2021.

Inam Ghani, IG of Police of Pakistan's Punjab province, said that the attackers could not reach the house due to security near Hafiz Saeed's house.

According to Shumaila Jafri, BBC correspondent in Pakistan, IG Ghani informed the media, "The blast took place near Hafiz Saeed's house. The attackers could not reach there as the police were near the house.

IG Ghani said that it appeared that the attackers were targeted by the policemen posted at the post near Hafiz Saeed's house.

Earlier, Lahore Commissioner Captain (Retd) Usman Younis confirmed the death of two people and injuries to 14 people. He said the condition of four people, including a policeman, was critical. He said that how the explosives reached the spot is being investigated.