Gyanvapi Masjid case: What did the Supreme Court say in its verdict? 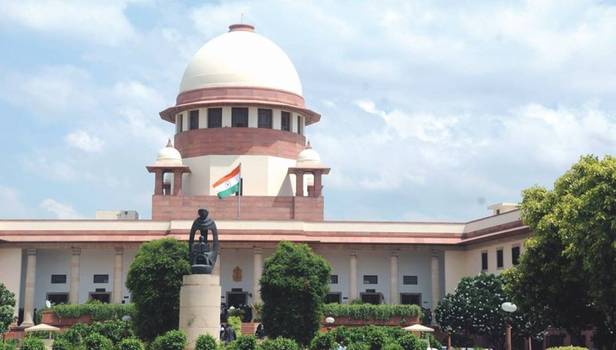 The Supreme Court of India, while hearing the Gyanvapi Masjid case, on Tuesday, May 17, 2022, ordered that the place where the Shivling is said to be found in the mosque premises should be preserved. Along with this, the Supreme Court said that there will be no restriction on the Muslim side to offer prayers there.

The Supreme Court has fixed Thursday, May 19, 2022, as the next date of hearing in the matter.

The Supreme Court in its order said, "While resolving the dispute over the decision of the Varanasi court, it is ordered that the order dated 16 May 2022 shall be effective only to the extent that the District Magistrate of Varanasi shall ensure that if Shivling has been found, if someone steps there, it will create law and order problem.''

The Supreme Court has also made it clear that Muslims will also be able to perform Wuzu there as it is part of their religious process.

When Advocate Huzefa Ahmadi, representing the Muslim side, asked the court to preserve the process of Wuzu, the Supreme Court orally said, "Is Wuzu not a religious ritual? We are protecting it too."

Solicitor General Tushar Mehta was representing the Uttar Pradesh government in the matter. After their protest, the court refused to stay the hearing on the Gyanvapi Masjid in the Civil Court of Varanasi.

Earlier on Monday, May 16, 2022, a Varanasi court had ordered the district administration to seal the site of the Gyanvapi Masjid complex where the Hindu side of the survey team claimed to have found the alleged Shivling. Whereas the Muslim side has called it a fountain.

On Tuesday, May 17, 2022, the Supreme Court heard the petition of the Managing Committee of Anjuman Intezamiya Masjid before a division bench of Justices DY Chandrachud and PS Narasimha. This committee looks after the Gyanvapi Masjid.

On Friday, May 13, 2022, a bench headed by Chief Justice NV Ramanna refused to pass any interim order to maintain status quo against the ongoing survey in the Gyanvapi mosque complex on a plea by the Muslim side.

But the Supreme Court agreed to hear the matter. Apart from the Chief Justice, Justice JK Maheshwari and Justice Hima Kohli were also included in this bench.

The Bench said, "After hearing the submission of Senior Advocate Huzefa Ahmadi, appearing for the petitioner, we are of the view that the Registry of the Court on this matter should be listed for hearing before the Bench headed by Justice DY Chandrachud.''

Huzefa Ahmadi, appearing for the Managing Committee of Anjuman Intezamiya Masjid, told the bench that a petition has been filed against the ongoing survey work in the Gyanvapi Mosque and sought an interim order from the court in the matter.

Huzefa Ahmadi said that we have filed a petition against the order to conduct survey in Gyanvapi Mosque. This place has been a mosque since time immemorial and under the Places of Worship Act, 1991, any such action is completely prohibited.

The Muslim side has referred to the Places of Worship (Special Provisions) Act, 1991 and its section four. This provision prohibits the filing of any suit or initiation of any legal process for any change in the religious character of any place of worship existing on 15th August, 1947.