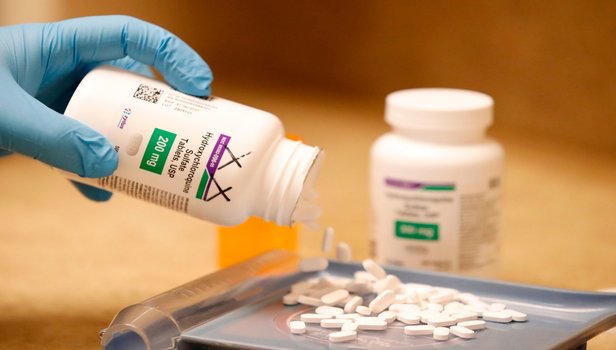 US President Donald Trump said that he is taking the malaria drug hydroxychloroquine to avoid Covid 19 disease.

Science journal 'Lancet' has found in its study that where the hydroxychloroquine drug is being given in the treatment of infected people with the corona virus, there is a high risk of death.

The study has found that the corona infected are not benefiting from this malaria medicine. This medicine is made on a large scale in India. India banned the export of this medicine in March, but US President Trump wanted India to lift these restrictions and supply to the US. India had partially lifted the ban after Trump said.

Trump said this week that he was taking this medicine, while health officials warned that it could aggravate the problem of heart disease.

Trump has been encouraging the use of this medicine, ignoring medical studies.

Hydroxychloroquine is safe for malaria patients and is also beneficial in some cases of lupus or arthritis.

But no clinical trial has recommended the use of this medicine for corona infections.

The Lancet study included 96,000 patients infected with the corona virus.

Of these, 15,000 people were given hydroxychloroquine or similar chloroquine. It is either given with an antibiotic or only this.

This study shows that chloroquine-eating patients died more in hospital than other covid patients and also due to heart disease.

Those treated with hydroxychloroquine or chloroquine with an antibiotic had higher mortality.

Researchers have said that taking hydroxychloroquine out of clinical trials is dangerous.

Trump had said that he had come negative in the Covid test because he was taking hydroxychloroquine and had positive benefits.

Trials are ongoing as to whether hydroxychloroquine is effective in covid 19.

More than 40,000 health workers from Europe, Asia, Africa and South America will be given hydroxychloroquine supplements in this trial.

When asked about the Lancet study, co-ordinator Dr. Deborah Berks of the 'White House Corona Virus Task Force' said the government agency was concerned with the use of hydroxychloroquine to treat or prevent Covid-19's disease. The US Food and Drug Administration's stance has been very clear.