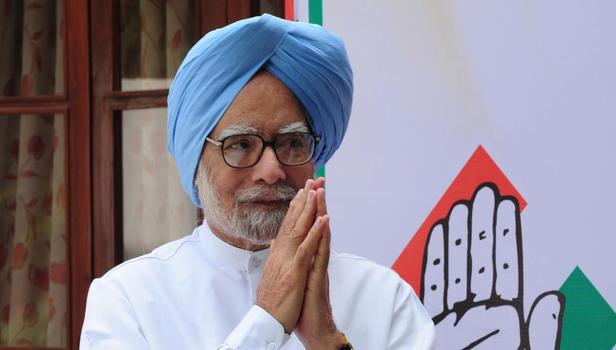 According to the former Prime Minister of India, Dr. Manmohan Singh, India must take three steps immediately to deal with the damage caused by the corona virus epidemic.

The credit for the economic reform program in India is largely given to Dr. Manmohan Singh. Former Prime Minister Manmohan Singh spoke to the BBC via email this week. Due to the corona virus, there was no scope of discussion sitting face to face. However, Dr. Singh refused the interview through a video call.

What are the three steps suggested by Dr. Singh?

The first step, he says, is that the government should "ensure that people's livelihoods are safe and that they have enough money to spend on their hands directly through cash assistance."

Second, the government should provide sufficient capital for businesses. For this, a "government-backed credit guarantee program should be run."

Third, the government should solve the problems of the financial sector through "institutional autonomy and procedures".

India's economy was in the grip of sluggishness even before the epidemic started. India's GDP (gross domestic product i.e. GDP) has grown at a mere 4.2% in 2019-20. It has the lowest growth rate in nearly a decade.

After a long and difficult lockdown, India has now started opening up its economy slowly. However, the number of infected is constantly increasing and the future seems uncertain.

On Thursday, India became the third country to cross the 20 lakh mark in terms of Covid-19 cases.

Economists have been warning ever since that India's GDP growth could decline for the financial year 2020-21, leading to the worst recession since the 1970s.

Former Prime Minister Dr. Manmohan Singh says, "I don't want to use a word like 'depression', but a deep and long-lasting economic slowdown is certain."

He says, "This economic slowdown has come due to humanitarian crisis. It needs to be seen from the perspective of the spirit of our society rather than merely economic data and methods.''

Former Prime Minister Dr Singh says that there is a consensus among economists about the economic contraction (economic contraction) in India. He says, "If this happens then it will be the first time in India after independence".

He says, "I hope that this agreement is proved wrong".

India implemented a lockdown in late March to prevent the spread of the corona virus. Many believe that the lockdown was haphazardly implemented, and it was not anticipated that millions of migrant workers would leave big cities and move to their villages.

Dr. Singh believes that India did what other countries were doing and "there was no other option but lockdown at that time".

He says, "But, the government's sudden implementation of this big lockdown has caused unbearable suffering to the people." There was no thought behind the sudden announcement of the lockdown and its tightness and it was insensitive.''

According to Dr. Singh, "Public health emergencies such as the corona virus can best be handled through local administration and health officers." Comprehensive guidelines were issued by the Center for this. Perhaps we should have handed the war of Covid-19 to the states and local administration somewhere before.''

Dr. Manmohan Singh was in the vanguard of the economic reforms of the 90s

A Balance of Payments (BOP means the difference between the total capital coming out of the country and the capital going out of the country at a given point of time) After the crisis almost reached the verge of bankruptcy in India, as Finance Minister Dr. Singh led an ambitious economic reform program in 1991.

He says that the 1991 crisis was a domestic crisis caused by global factories. According to Dr. Singh, "But the current economic situation is extraordinary due to its comprehensiveness, scale and depth".

He says that even in the second world war, "the whole world was not closed together like it is today."

How will the government meet the shortage of money?

In April, Narendra Modi's BJP-led government announced a relief package of $ 266 billion. It included measures to increase cash and announced steps to revive the economy.

The Central Bank of India, Reserve Bank of India, ie the RBI has also taken steps like cutting interest rates and giving relaxation in repayment of loan installments.

With the government declining tax, economists are debating how the government, which is facing cash shortages, will raise money for direct transfers, provide capital to sick banks and provide loans to businessmen.

It is not wrong to borrow

Dr. Singh tells the answer to the borrowers. He says, "More borrowing is fixed." Even if we have to spend an additional 10% of GDP to meet military, health and economic challenges, we should not back down.''

They believe that this will increase India's debt to GDP ratio (ie GDP to debt ratio), but if borrowing can "save lives, the country's borders, restore people's livelihoods and increase economic growth" If there is no one should be averse to doing so.

He says, "We should not be shy in borrowing, but we should be sensible about how we are going to spend this borrowing?"

Dr. Singh says, "In the past, taking loans from multinational institutions such as the IMF and the World Bank was considered a weakness of the Indian economy, but now India can take a loan with a stronger status than other developing countries.''

"India has a great track record as a borrowing country," he says. Taking loans from these multinational institutions is not a sign of weakness.''

Many countries have decided to print money to overcome the current economic crisis so that money can be raised for government expenditure. Some important countries have suggested the same thing to India. Some other countries have expressed concern that this will pose a risk of rising inflation.

Until the mid-1990s, the fiscal deficit (financial deficit) was directly offset by the RBI and was a common practice.

Dr. Singh says that India has now moved forward with "financial discipline, bringing institutional freedom between the government and the Reserve Bank and curbing free capital".

He says, "I know that the traditional fear of high inflation due to more money coming into the system is probably no longer in developed countries. But, with the injury to the autonomy of RBI for countries like India, the effect of printing money in an unbridled manner can also be seen in the form of currency, trade and inflation.''

Dr. Singh says that he is not rejecting printing money to make up for the deficit, rather he is "merely suggesting that the level of resistance should be very high for this and it is only meant as a final feed Should be used when all the remaining options have been used.''

They warn India to become more protectionist (imposing trade barriers like imposing higher taxes on imports) on the lines of other countries.

He says, "In the last three decades, India's trade policy has benefited every section of the country."

As Asia's third largest economy, today India is in a far better position than it was in the early 1990s.

Dr. Singh says, "India's real GDP is 10 times stronger today than it was in 1990. Since then, India has pulled out over 30 crore people from poverty so far.''

But, an important part of this growth has been India's trade with other countries. The share of global trade in India's GDP has increased almost five times during this period.

This crisis forced everyone

Dr. Singh says, "India has become more integrated with the world today. In such a situation, anything that happens in the world economy also affects India. The global economy is badly hit in this epidemic and it is a matter of concern for India as well.''

At the moment, no one knows what the full economic impact of the corona virus epidemic is? Nor does anyone know how long it will take for countries to overcome it?

"The previous crises were macroeconomic crises for which there are tried economic tools," he says. ''We are now facing an economic crisis created by an epidemic that has filled uncertainty and fear in society. To deal with this crisis, using monetary policy as a weapon is not going to prove effective.''