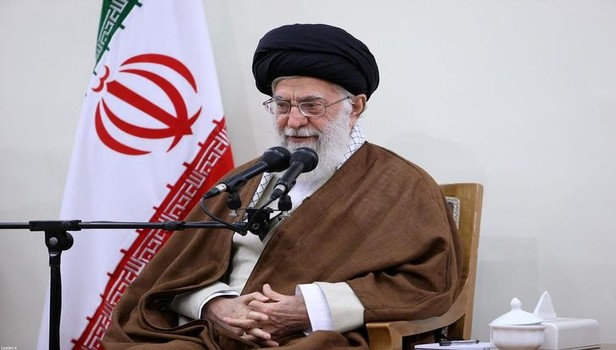 Iran's Supreme Leader Ayatollah Ali Khamenei has blamed foreign enemies for recent protests in the country. They say that these foreign enemies want to overthrow the government of the Islamic Republic of Iran.

According to the news agency Reuters, he said that Iran's enemies have waged a psychological war against it. He has accused America of committing piracy at sea. In fact, the US had confiscated Iranian oil loaded on two Greek ships recently.

Khamenei said, "Today the enemies of Iran are dreaming of hurting it through the demonstrations taking place in the country. This has become the biggest hope for them.''

In southwest Iran, 37 people died recently when a building collapsed. After this people started protesting on the streets.

"But the assessment of the enemies is as wrong as before," he said.

In a televised address to mark the 33rd anniversary of Iran's Islamic Revolution in 1979, Khamenei said the objectives of Iran's enemies would not be served.

Demonstrations were seen in Iran in the last days against the rapidly rising inflation. In this, the protesters were seen shouting slogans like 'Raisi 'Murdabad, dictator Murdabad, Quit the country' against the President of Iran.

Demonstrations began in many parts of Iran in early May 2022 after subsidies on imported wheat were reduced. This has led to an increase in the prices of food items made from flour such as pasta and bread.

The government of President Ibrahim Raisi, who belongs to the radical faction, had decided to reduce the subsidy on 3 May 2022. Iran says a food security crisis has arisen after Russia's attack on Ukraine.