Diplomatic relations between Israel and Turkey appear to be fully restored 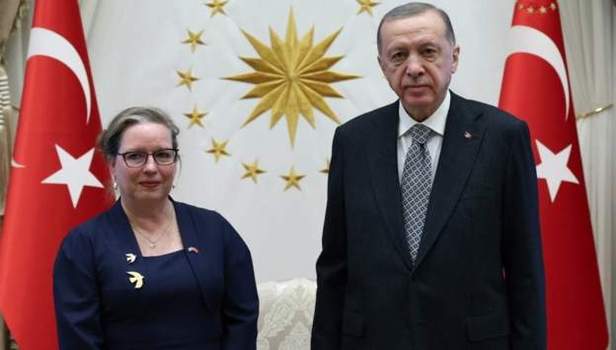 Diplomatic relations now appear to be fully restored after the ongoing tense situation between Israel and Turkey.

On Tuesday, December 27, 2022, Israel's ambassador to Turkey, Irit Lilian, handed over her letter of confidence to Turkish President Recep Tayyip Ardoan. Diplomatic relations between the two countries have resumed after many years.

Irit Lilian was appointed as Deputy Ambassador to Turkey from January 2021, but now after giving the letter of confidence, she has been formally given the status of Ambassador to Israel.

Irit Lillian said, “This occasion fills the heart with hope. We all hope that the process of political rapprochement between Israel and Turkey will accelerate and expand to many areas.''

In December 2022, the new Turkish Ambassador to Israel, Sakir Ozkan, handed over his letter of confidence.

There was talk between Benjamin Netanyahu and Ardoan, nominated for the post of Prime Minister in Israel, after the November 1, 2022 election.

In this, both the leaders had agreed to work together while respecting mutual interests.

Relations between Israel and Turkey, once regional allies, have been strained for nearly a decade.

Turkey expelled Israel's ambassador in 2010 after a raid on a ship carrying aid to the Gaza Strip. 10 Turkish citizens were killed in this incident.

Diplomatic relations were restored in 2016, but two years ago, Turkey recalled its ambassador from Israel.

The decision was taken due to Israeli firing on Palestinian protests in the Gaza Strip. Since then both the countries have been trying to improve relations with each other.