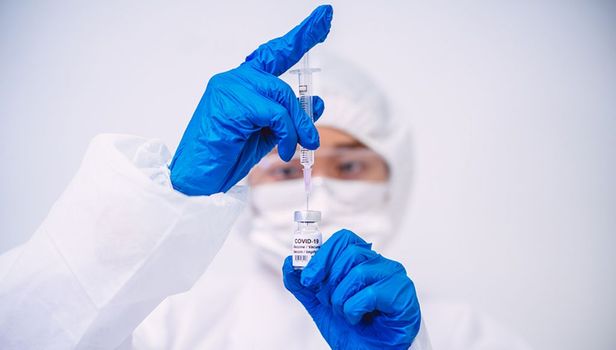 At the time of the onset of the corona epidemic, it was said that it takes years to develop a vaccine for any disease. So don't expect too much about vaccines.

But now ten months later, corona virus epidemic vaccines are being given, and many of the companies that are leading in the invention of these vaccines are behind the domestic companies.

As a result, investment analysts predict that at least two of these companies (American biotech company Moderna and Germany's Bio-N-Tech), together with their partner company, Pfizer of America, will trade billions of dollars next year.

But it is not clear that in addition to this, how many rupees are to be made by the vaccine maker?

The way these vaccines have been funded and the large number of companies that have come forward to manufacture vaccines, it seems that there will be no long-term opportunity to make big profits.

Who has invested money?

Given the need for a vaccine during the Corona epidemic, the government and fund givers gave billions of pounds to plan and test the vaccine. Organizations such as the Gates Foundation openly supported these plans. Apart from this, many people also came forward and supported these plans. Alibaba founder Jack Ma and music star Dolly Parton also came forward and funded the plans.

According to science data analytics company Airfinity, £ 6.5 billion has been given by governments to make and test the Covid 19 vaccine. At the same time, 1.5 billion pounds was given from non-profit organizations.

Only 2.6 billion pounds came from the companies' own investment. Many of these companies rely too much on external funding.

This has been a major reason why large companies have not shown any haste in funding vaccine projects.

Producing vaccines in such emergencies has not proved very beneficial in the past. The process of finding a vaccine takes time. Poor countries require a large consignment of the vaccine, but cannot afford it because of the high price. Rich countries make more profits from daily medicines.

Vaccine companies for the diseases like Zika and SARS suffered heavy losses. On the other hand, the vaccine market for flu-like diseases has billions. In such a situation, if the Covid-19 remains like the flu and needs to be vaccinated annually, then it can be beneficial for the vaccine companies. But only for those companies which will be most effective, they will also be in the budget.

What price are they putting?

Some companies do not want to make a profit in this time of global crisis, especially after so much funding from outside. Major US pharmaceutical companies such as Johnson & Johnson and the UK's AstraZeneca have collaborated with Oxford University-based biotech companies.

These companies have promised on their behalf that they will keep the cost of their vaccine only so that only their cost comes out. As of now, in terms of AstraZeneca, it is believed that it will be available at the cheapest price ($ 4 i.e. around Rs. 300 per dose).

Moderna is a small biotechnology company. Which has been working on the technology behind the RNA vaccine for years. The price of the dose against them is more than about 37 dollars i.e. two thousand seven rupees. Their aim is to make a profit for the shareholders of the company.

However, this does not mean that these prices have been fixed.

Typically, pharmaceutical companies charge differently in different countries. It depends on the governments. AstraZeneca has pledged to keep prices low for only the epidemic. Maybe they will start charging a comparatively higher price from next year. It depends entirely on the nature of the epidemic.

Emily Fields, head of European pharmaceutical at Barclays, says, "Right now the governments of rich countries will pay more. They are so eager about the vaccine or dosage that just how they can end the epidemic.''

She adds, "Probably as more vaccines start coming in the market next year, the price of the vaccine may also come down due to competition."

"In the meantime, we shouldn't expect private companies either," says Rasmus Beck Hansen, Airfinity's chief executive. Especially companies that are small and do not sell any other product. In such a situation, one should not expect them to sell the vaccine without thinking of profit.''

He says, "It has to be kept in mind that these companies have taken a big risk and they have really moved forward."

He adds, "And if you want these small companies to succeed in the future, then they need to be rewarded in that way."

But some differ on the state of humanitarian crisis and public funding. According to him, it is not business time as usual.

With so much at stake right now, there is a demand that the entire technology and information behind these vaccines should be shared so that other countries can make vaccine dosages. For example, companies which are in India and South Africa.

"This should be a prerequisite for obtaining public funding," says Ellen T. Hoen of Medicines Law and Policy.

She says, "When the epidemic started, big pharma companies did not show much enthusiasm about the vaccine. But when the government and agencies came forward with the fund, they had to work on it.''

"They don't understand why they have the privilege to benefit from the results," says Hoen.

She says, "These new discoveries later become the personal property of these commercial organizations."

Although people are sharing some things with each other on an intellectual level, it is not enough in any case.

Governments and multilateral organizations have already pledged to buy billions of doses at fixed prices. In such a situation, for the next few months, companies will be busy fulfilling those orders as quickly as possible.

Companies that are selling vaccine doses to rich countries are also expecting returns on their investment. Although AstraZeneca has to supply the most dosage, it will focus only on meeting the cost.

After the first demand is supplied, it is a little difficult to predict what the situation will be about the vaccine. Because it depends on many things. For example, how long do people who are given a vaccine dose remain immune to the corona? How many vaccines are successful? And how well is the vaccine manufactured and then distributed?

According to Emily Fields of Barclays, "The opportunities to make profits will be very temporary."

Even though people who are currently in the race to make vaccines and are not sharing their intellectual property with others, despite this, 50 such vaccines are being made worldwide which are undergoing clinical trials.

According to Emily Fields, "There may be 20 vaccines in the market in the coming two years." In such a situation, it is becoming difficult for the vaccine to be very expensive.

She believes that in the long run this can have an impact on the company's reputation. If a vaccine is successful, it may prove to be helpful in opening the sale of Covid 19 treatment or other related products.

Hansen of Airfinity says that if this happens, it could be a relief from a difficult phase of the epidemic.

He expects governments to invest in strategy-making in the context of an epidemic. Just as governments are doing now for safety and security.

Among all these, what is the most important and influential thing is that after all how did the market price of Bio-N-Tech and Moderna suddenly go up? This is because their vaccines evidence their concept of RNA technology.