Corona Virus: Is the corona virus a threat to the rare tribe of Andaman? 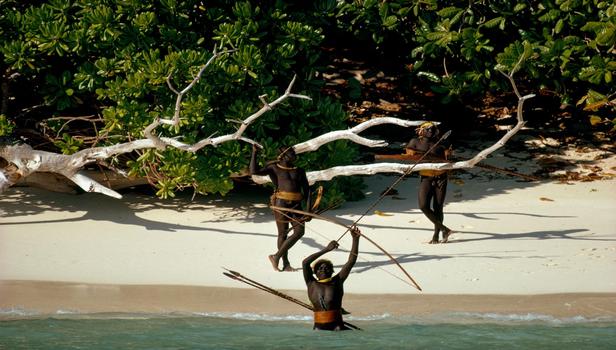 Some members of a rare tribe living on an island in the Andaman Islands in India have been found infected with corona.

According to the BBC, a health official has reported that four members of the Great Andamanese tribe have been infected. Two of them have been admitted to the hospital. The other two are housed in a care center in Quarantine.

It is believed that only 53 people from the Great Andamanese tribe are still alive and are residents of one of the 37 residential islands in the Andaman and Nicobar Islands.

So far, 2985 cases of corona virus infection have been reported in the eastern part of Andaman and Nicobar Islands. 41 of these people have also lost their lives. The first case was reported here in early June.

According to the BBC, a senior health officer, Dr Abhijit Roy, reported that the first case of infection in the Great Andamanese tribe came to light last week when 53 members of the tribe were tested corona on Strait Island.

A team of health and emergency officials arrived on Strait Island last week where the tribe lives.

According to the BBC, Dr Abhijeet Roy said, "They were all very supportive."

Doctor Roy says that many of these people keep coming to Port Blair from their isolated island. And the infection may have reached them only through them.

Some of these people also do small jobs in the city.

Now the biggest challenge for the health authorities is that the infection does not spread to the remaining tribes of the islands.

"We are watching their movements," says Doctor Roy. Also doing a collective testing of some other tribes.

The Andaman Islands are home to five tribes on the verge of extinction. These are - Jarawa, North Sentinelies, Great Andamanese, Ong and Shompan.

Among these, the Jarawa and North Sentinelis tribes have not come in contact with the common people. The North Sentinelies are quite aggressive towards outsiders. That is why no one is allowed to visit his island.

In the year 2018, an American named John Allen Chow attempted to visit his island but he was shot with arrows by members of this tribe.

According to Survival International, a London-based organization working among the tribes here, when Britain colonized the islands in 1850, there were close to 5,000 Great Andamanese.

With the arrival of outsiders, new diseases also came here due to which their population continued to decrease.

Sophie Grigg, a researcher at the organization, said, "It is very dangerous news that some people in the Great Andamanese tribe have been found infected." Those people know about such diseases because their forefathers have died in the past.

In 2010, Boa Sr., the last eldest speaking Great Andamanese language, died at the age of 85.

The Andaman Islands are called the dream folk of anthropology researchers because the linguistic diversity here is astonishing.

Officials say that in the meantime, people of the Jarawa tribe, with about 476 members, have been sent to a part of the forest to protect them from infection. The Jarawas live in a forest reserve between South and Middle Andaman.

Authorities fear that these tribes may not come in contact with such people who use the Grand Andaman Road passing through it.

These travelers have been isolated to remove the possibility of the Corona infection reaching Jarawa.

Andaman Trunk Road was built in 1870. It runs from Baratang to Diglipur via 400 villages in the middle of the forest reserve.

Other tribes are also on the radar

Now a team of health workers will go to test 115 members of the Ong tribe. Apart from this, people of Shompen tribe will also be tested.

All the health workers involved in the testing of the Great Andamanese Tribe were first tested in Corona and were kept in quarantine for a week on their return.

Doctor Roy said that infection has been found on ten islands of the Andaman Islands so far.

Andaman has two hospitals, three health centers and ten care centers to fight Covid. Here the testing rate is also much higher than the rest of India.

Tribes in Brazil and Peru have also been hit by Kovid 19. More than 280 people of the tribes living in the Amazon jungles of Brazil have died due to coronavirus.