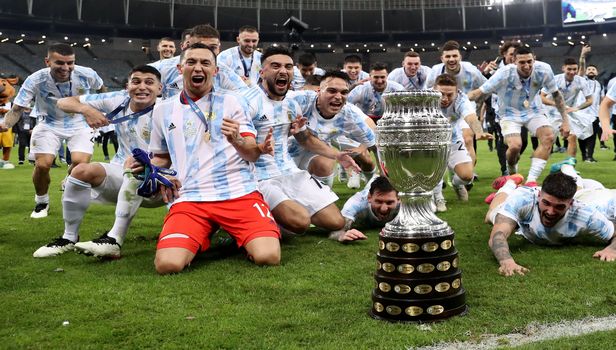 Argentina defeated Brazil 1-0 in the final of the Copa America to win the title.

This opportunity is very special not only for Argentina, but also for football superstar Lionel Messi.

Messi has set many records and victories in club football, but this is his first major win trophy while playing with his national team.

A goal by Angel Di Maria against host opposition Brazil in the final of the Copa America created history for both Argentina and Messi.

Angel Di Maria scored the only goal of the match for Argentina in the 22nd minute of the game.

Argentina ended their 28-year wait at the Maracan Stadium in Rio-de Janeiro, while Brazil, on the other hand, broke a long-standing record.

Brazil had never lost at their home ground for the last 2500 days and this record was broken by an Argentine goal on Saturday, 10 July 2021. Also, the previous Copa America title of 2019 was also won by Brazil, which they could not maintain.