Any one-way change in the status quo of Kashmir is illegal: China 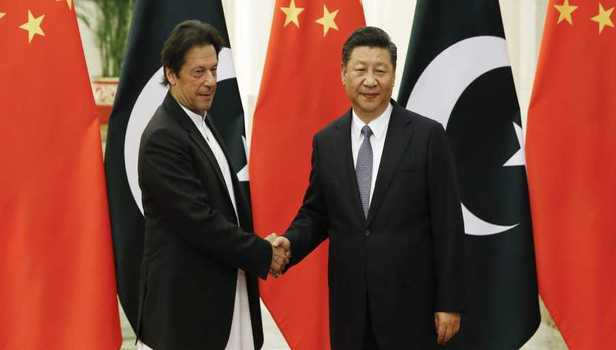 China's Foreign Ministry has reacted to the first anniversary of the abolition of Constitutional Article 370, which accorded special status to Jammu and Kashmir.

China said that India has done illegal and illegal work in Kashmir through unilateral decision by changing the status quo. When India neutralized Article 370 last year, China had objected in a similar manner.

The APP asked the question, the one-sided step that India took to change the demographic structure of Kashmir has completed one year today. Even now, atrocities against innocent Kashmiris continue. Apart from this Indian effort and ceasefire violation on the border, the rhetoric against Pakistan is a threat to regional and international peace. Ever since this step of India, China has been advocating for resolving the dispute of Kashmir through UN Charter and peaceful ways. What is the trend of China right now? ''

In response to this question, Wang Wenbin said, "China's focus is on the situation in Kashmir. Our stand on Kashmir issue is absolutely stable and clear. Firstly, the Kashmir issue is historically disputed between India and Pakistan. This is also said in the UN Charter, Security Council resolutions and bilateral agreements of the two countries.

"Secondly, any one-way change in the status quo of Kashmir is illegal. Thirdly, the solution of the Kashmir issue should be found by the concerned parties in a peaceful dialogue. Both India and Pakistan are neighbors and cannot be changed. Good relations between the two countries are in the interest of both. It is also in the interest of the international community. China hopes that the two sides will resolve their differences through dialogue and improve relations. This will be in favor of progress, peace and stability of both countries and the entire region. ''

On the release of the new map of Pakistan, the Foreign Ministry of India said in a statement on Tuesday, "We have seen the so-called political map of Pakistan which has been released by Prime Minister Imran Khan. It is political stupidity to claim Gujarat and Jammu and Kashmir in this way. These ridiculous steps have neither legal validity nor credibility in the international community. In fact, this new attempt by Pakistan reinforces the intention of regional expansion through cross-border terrorism.