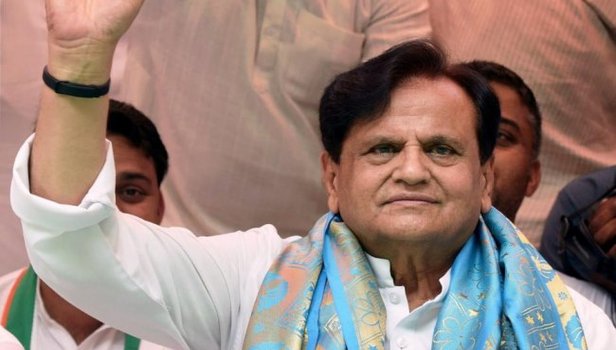 Senior Congress leader Ahmed Patel has passed away. His son Faisal Patel said on Twitter that he breathed his last at 3.30 am on 25 November 2020.

Ahmed Patel, 71, was infected with the Corona virus about a month ago. He died in a hospital in Gurgaon adjacent to Delhi.

Faisal Patel also wrote that "I request all my well-wishers to strictly follow the rules of the corona virus at this time and be firm about social distancing and avoid going to any mass event".

Indian Prime Minister Narendra Modi has lamented the demise of Ahmed Patel, writing that "the role of Patel known for his sharp mind in strengthening the Congress will always be remembered".

Congress President Sonia Gandhi wrote in a condolence message that "as Ahmed Patel I have lost a colleague whose whole life was devoted to the Congress ... I have lost a trusted colleague and a friend".

Congress leader Rahul Gandhi tweeted the death of Ahmed Patel and wrote - "It is a sad day." Ahmed Patel was a pillar of the party. He always lived for the Congress and stood by the party in the most difficult times. We will miss them. My love and condolences to Faisal, Mumtaz and his family. ''

He was appointed as the treasurer of the Congress Party in 2018. Patel, an eight-time MP, was elected to the Lok Sabha thrice and to the Rajya Sabha five times. The last time he went to Rajya Sabha in 2017 and this election was very much discussed.

In 1986, Ahmed Patel was sent as the President of Gujarat Congress. In 1988 he was made the secretary of the Jawahar Bhavan Trust run by the Gandhi-Nehru family. This trust provides funds for social programs.

Gradually, Ahmed Patel made his way to the nearest corner of the Gandhi-Nehru family. He was as loyal to Rajiv Gandhi as he was to Sonia Gandhi.

Ahmed Patel was born on 21 August 1949 as the child of Mohammad Ishaq Patel and Hawaben Patel in Piramal village of Bharuch district in Gujarat.

Bharuch used to be a Congress stronghold in the 80s. Ahmed Patel became a three-time Lok Sabha MP from here. Meanwhile, in 1984, Patel was knocked out as Joint Secretary of Congress in Delhi.

He soon grew in the party and was made parliamentary secretary to the then Prime Minister Rajiv Gandhi.

He wrote, "Ahmed Patel is no more. An integral friend went the reliable companion. We have been together since 1977. He reached the Lok Sabha, I was in the Legislative Assembly. For all us Congressmen, he was the medicine of every political merge. Soft-spoken, tactful and always smiling was his identity. No matter how angry he was, he had this ability, he used to send it after satisfying him. Away from the media, but involved in every decision of Congress. One could learn to speak bitter words in very sweet words. The Congress party can never forget his contribution. Ahmad bhai be immortal.''

He said in his tweet, "I am deeply saddened by the demise of Ahmed Patel. His son Faisal used to talk daily. May his soul rest in peace. Ahmad Patel was the leader of the quietest, quickest and focussed political mind." There is no talent like him. It is a big loss for the Congress. I spoke to Ahmed Patel several times during my illness.''